Resigning from the old and welcoming the new, 2018 has passed, and continued efforts in 2019, our company is also welcoming the joy of the new year while holding the 2018 annual summary and 2019 annual planning conference. 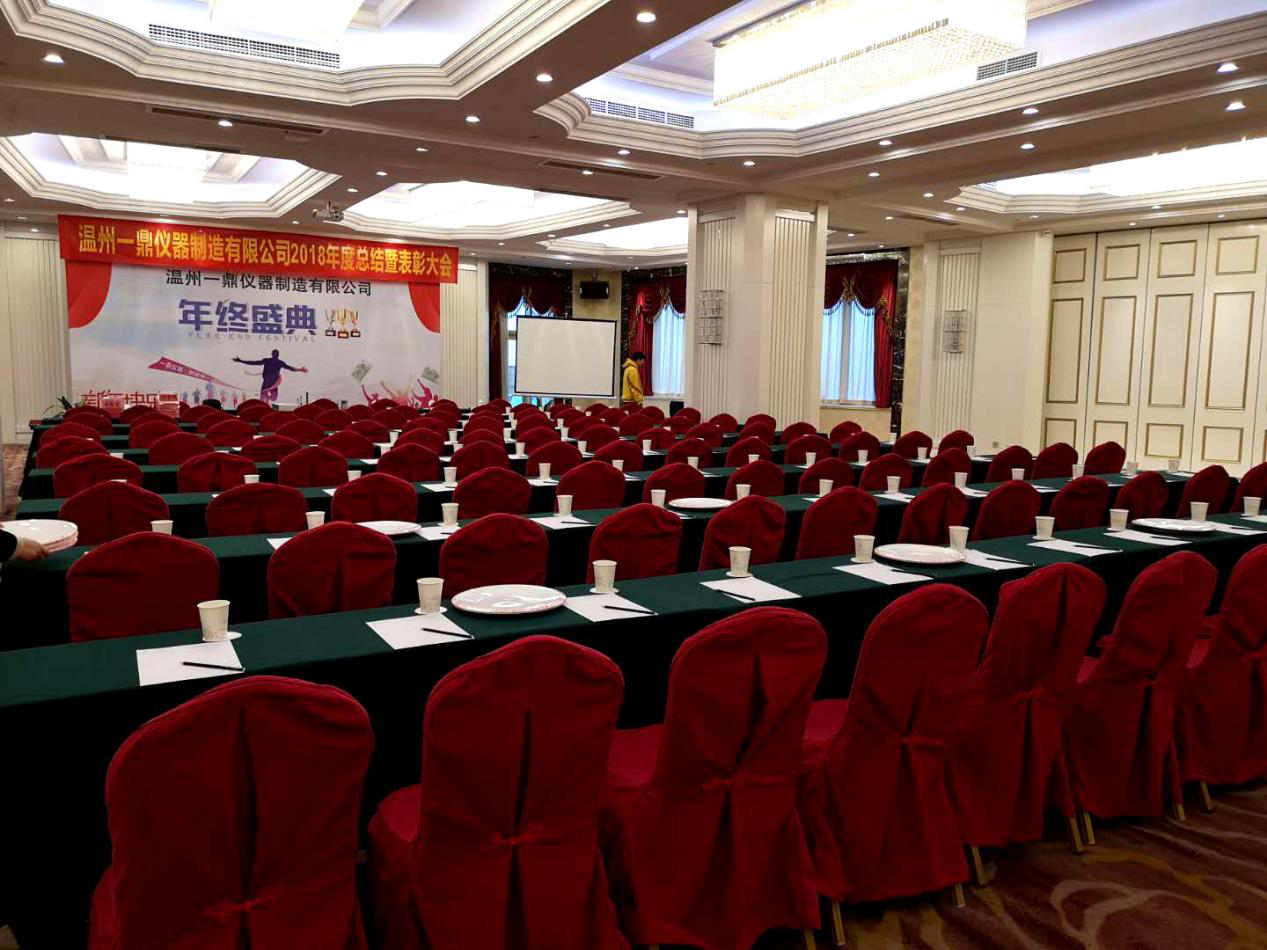 The meeting was held in the Ruyi Hall of the Beijing Capital Hotel. The 5-hour meeting was attended by more than 120 people.

At 11 o'clock on January 10, 2019, Beijing time, participants sign in and sign up, and the company presents a red scarf, which means that the new year is booming 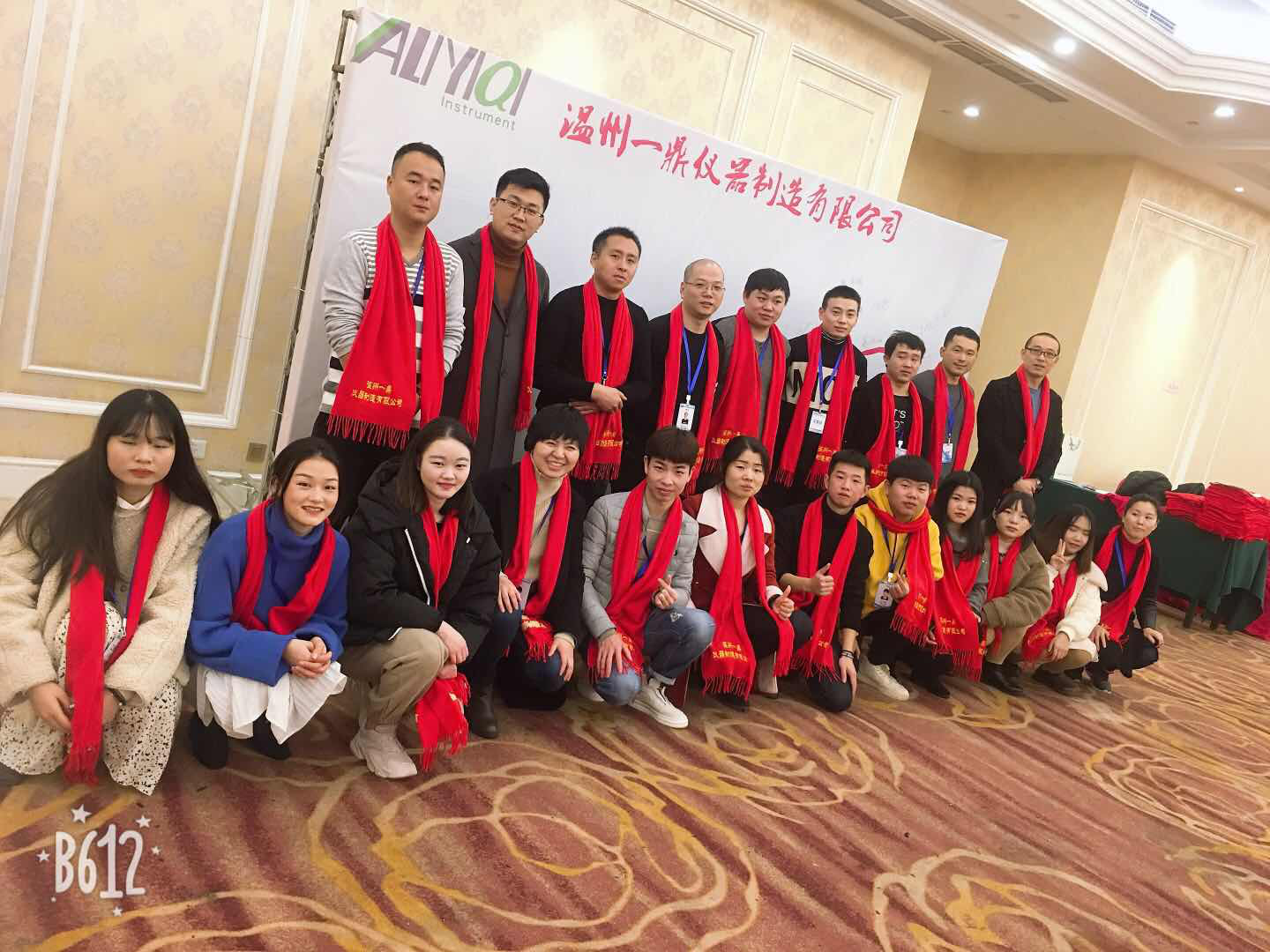 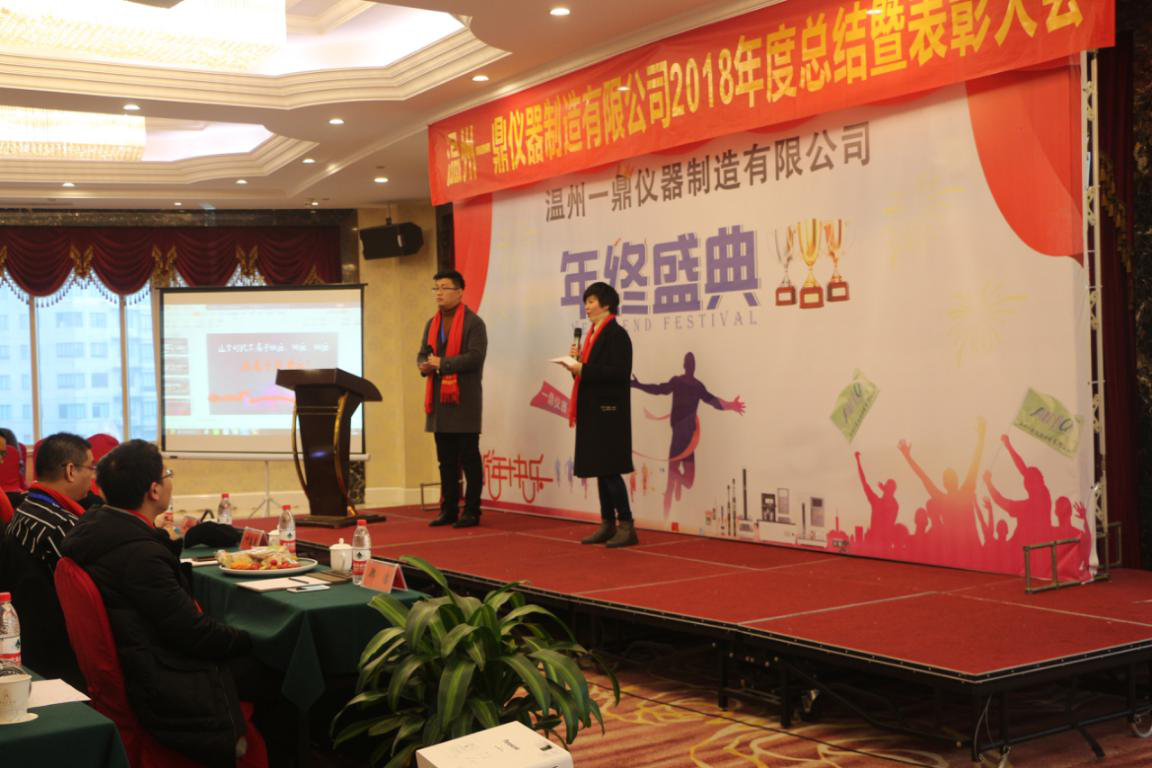 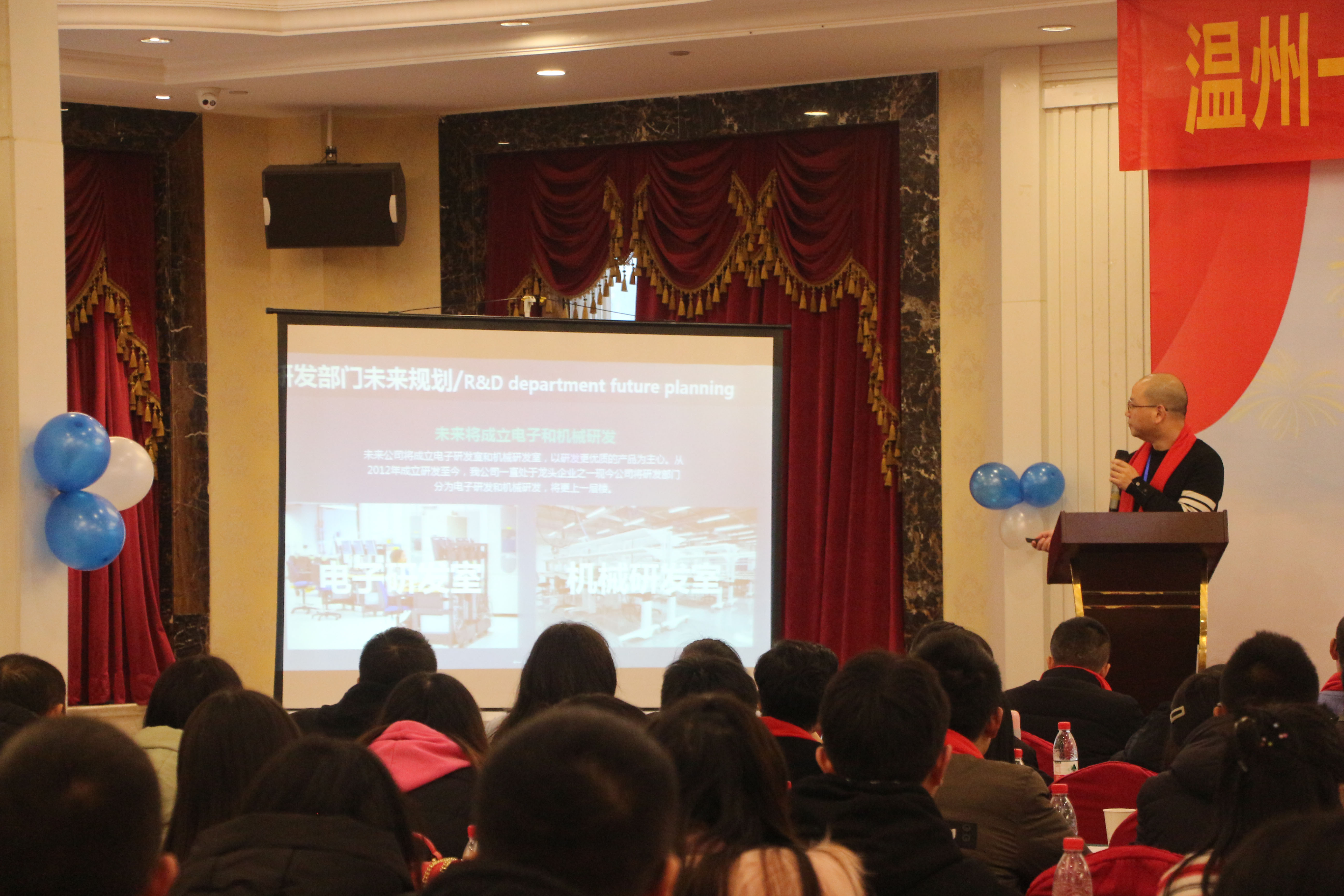 The company's deputy general manager Zheng Jie delivered a year-end speech, the company's backbone team-R & D team, in the past year, the R & D team developed a few more new products, and was listed on the market to be praised by users. The hard work and sweat of every elite in the R & D department, the best advanced group award is none other than them! (Mr. Ni awarded them trophies) 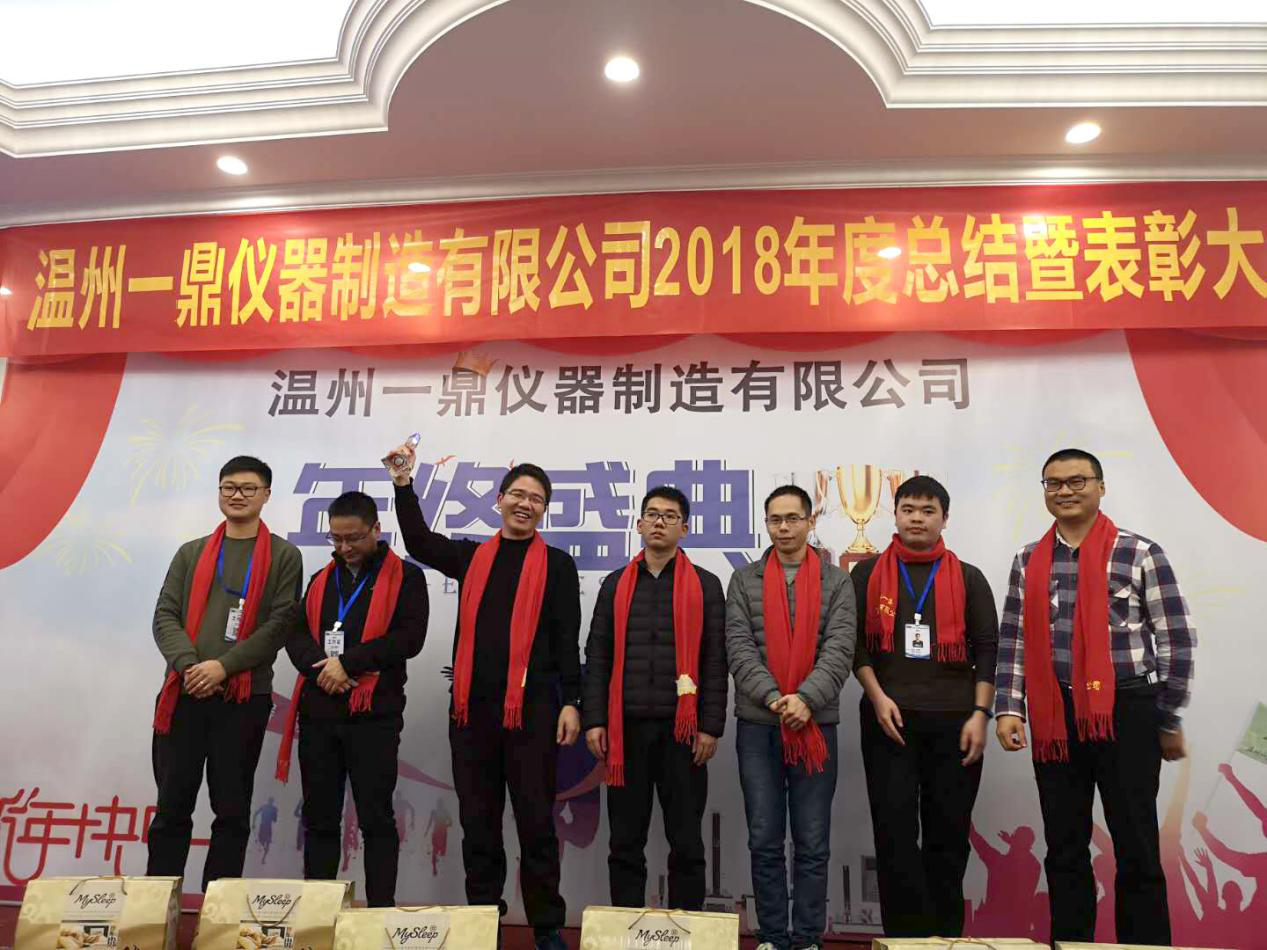 Next, commend the old employees who have paid more than ten years for the company. It is their persistence that has the company's present glory. I also hope that every employee of the company can learn their spirit, sharpen the sword for ten years, and focus on doing well Every thing, as Manager Feng of the Foreign Trade Department said, smart people are not suitable for success, because they will only think about how to take shortcuts. An excellent team is a group of \"madmen \" with a group of \"fools \" to start a business, \"crazy \" pursues dreams, \"fools \" pay hard work and sweat, there is no shortcut to success, only Only by taking every step well can we lay a solid foundation for future success! (Mr. Jiang and Mr. Ni will award prizes and certificates for them) 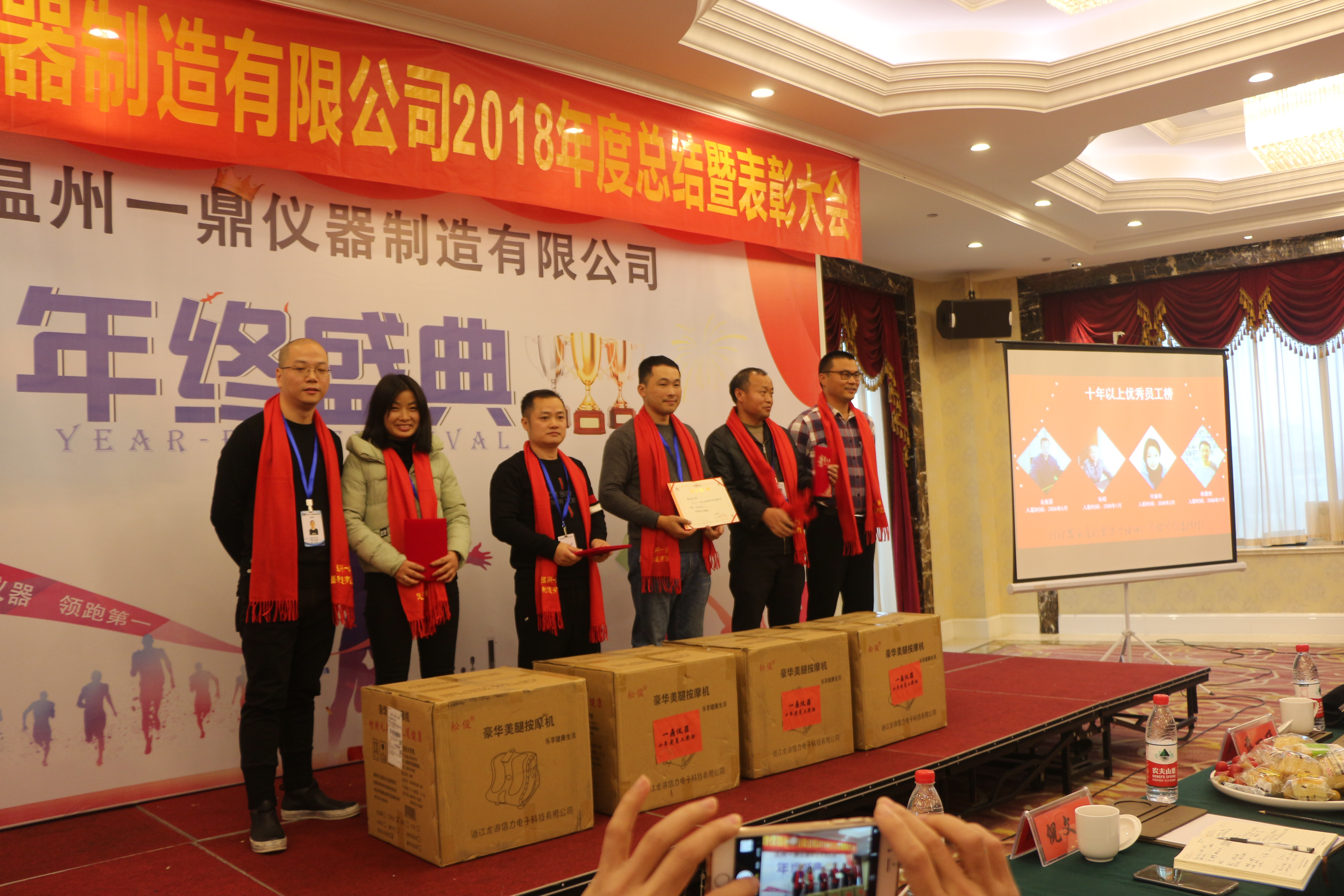 Employees with more than five years in the company, [whatever people can do, believe in it]! (Mr. Ni, Mr. Jiang, Mr. Zhang, Mr. Ye issued awards and certificates for them) 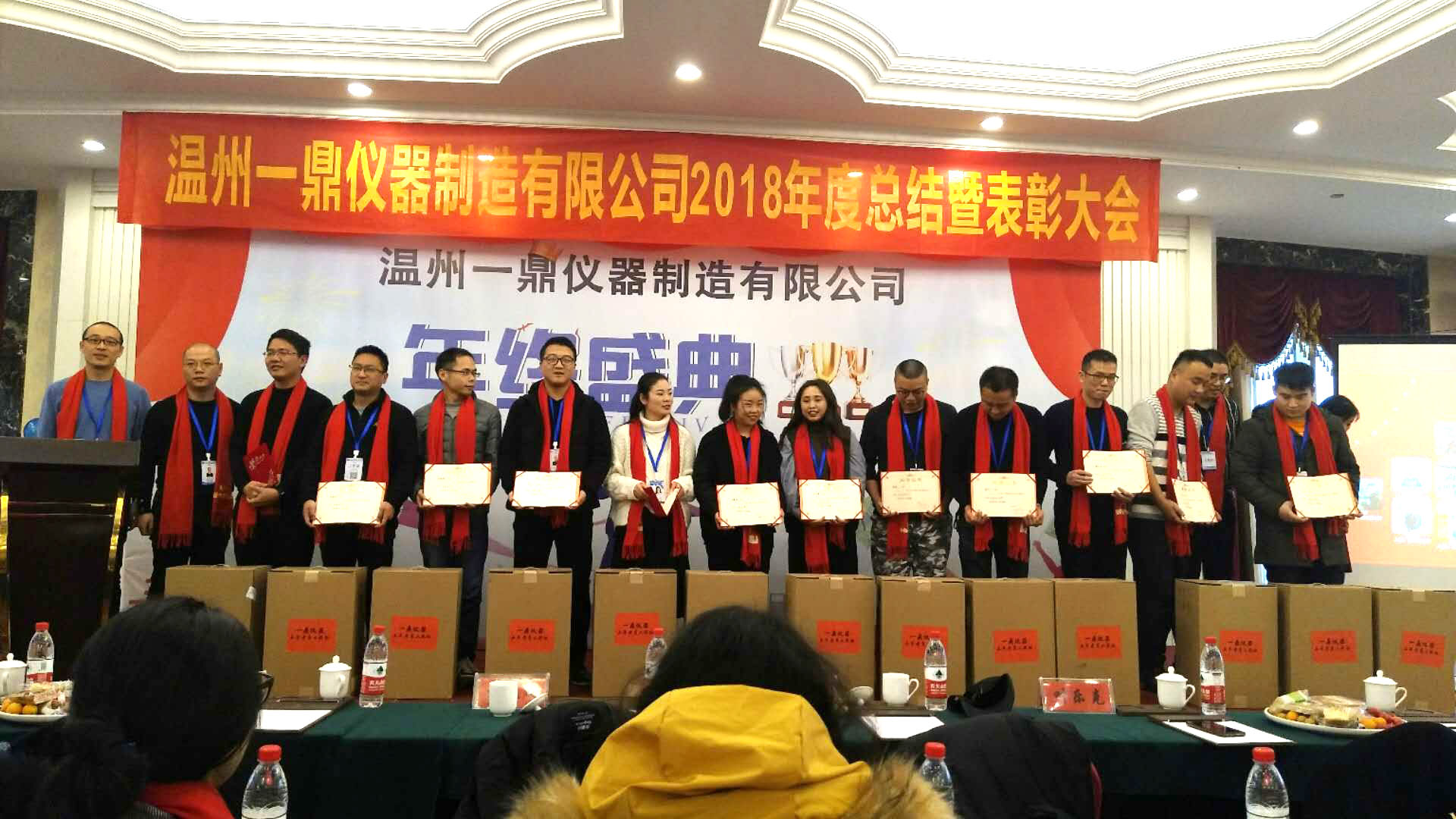 Employees of the company for more than three years, [success belongs to those who will never let go]! (President Zhang and President Ye will award prizes and certificates for them) 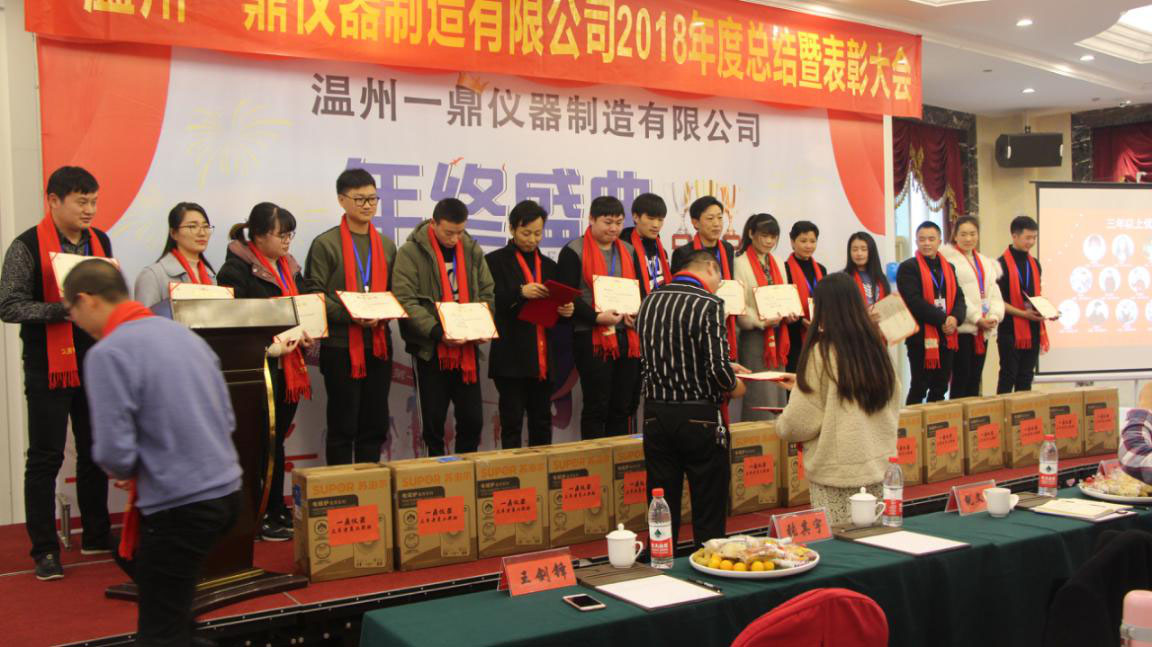 The award-winning teams of each production branch are inspiring to give better products and services to customers and better serve customers! 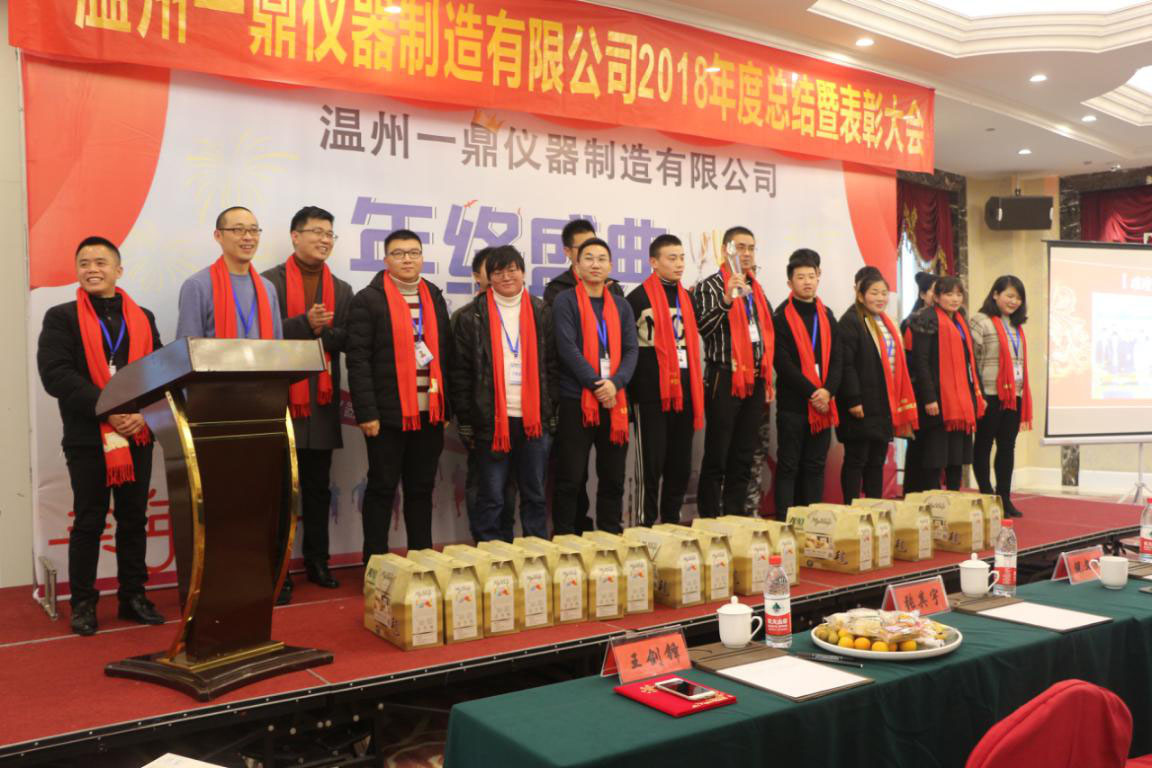 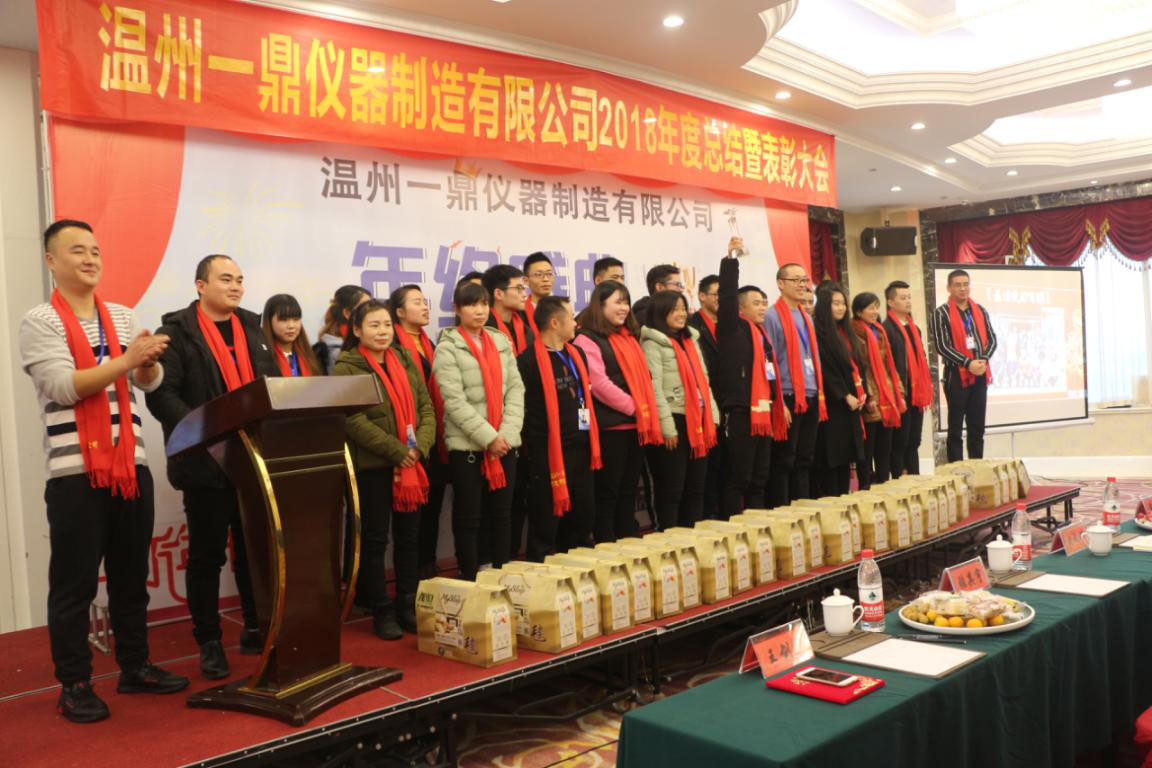 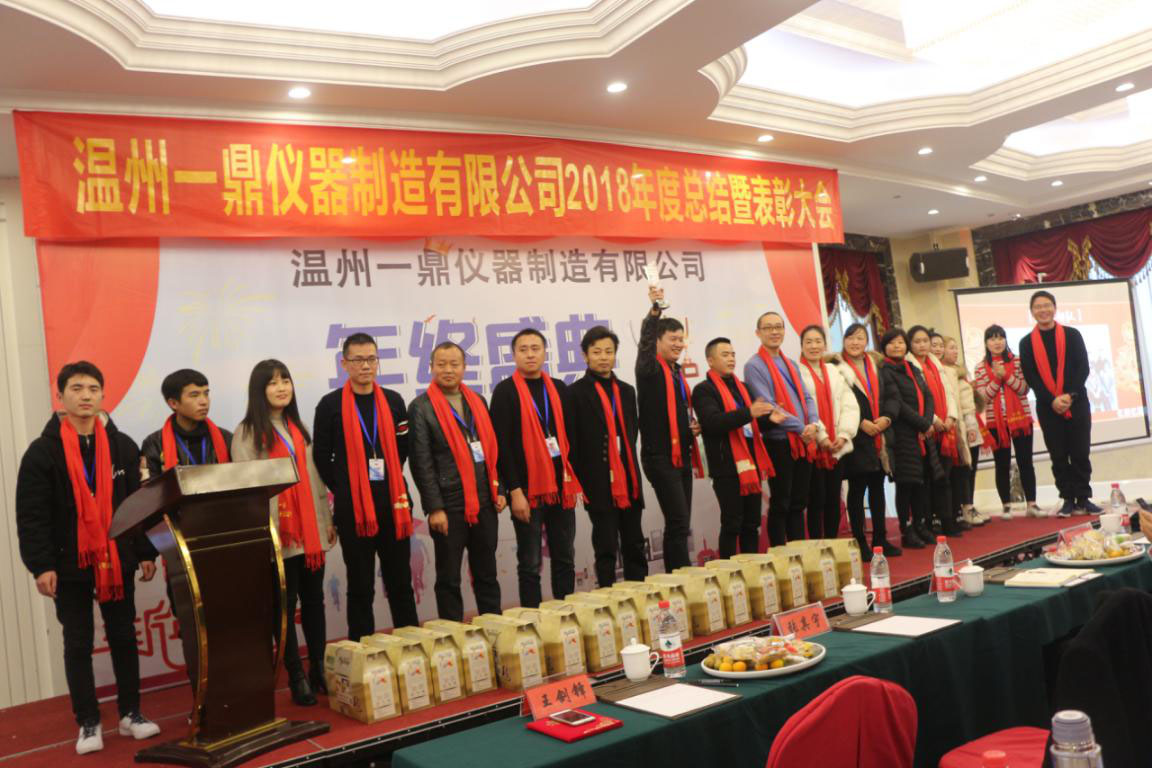 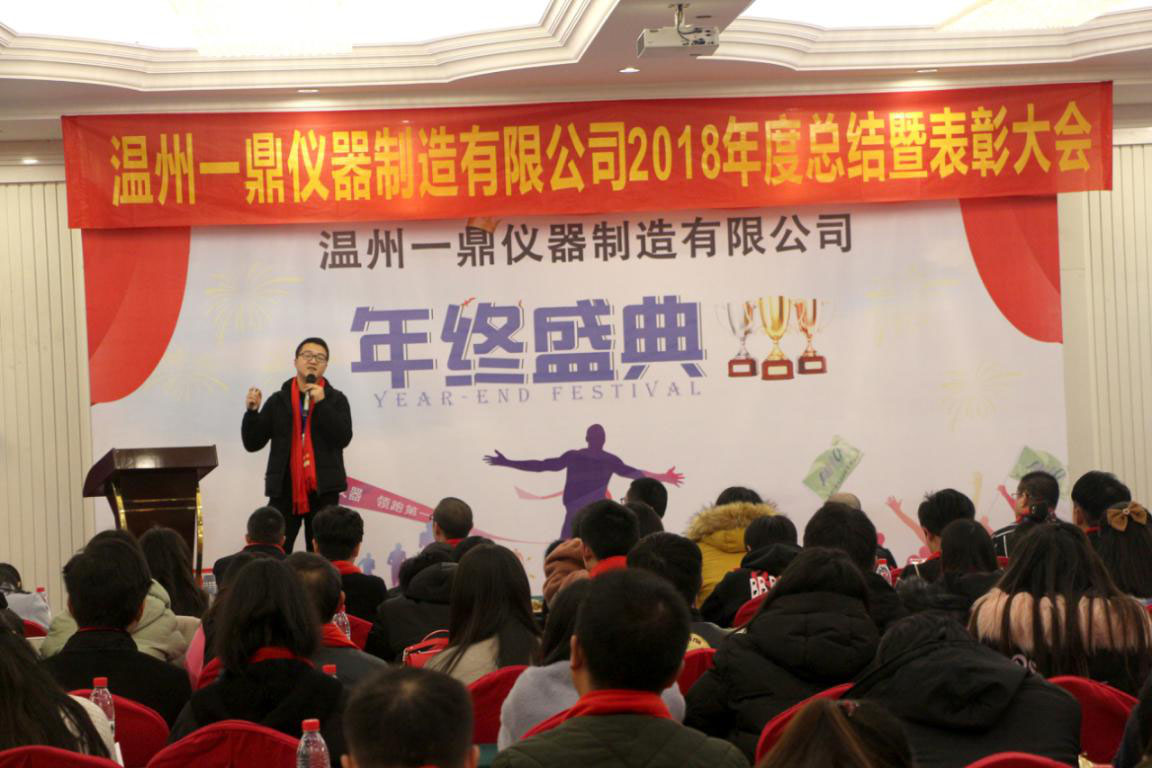 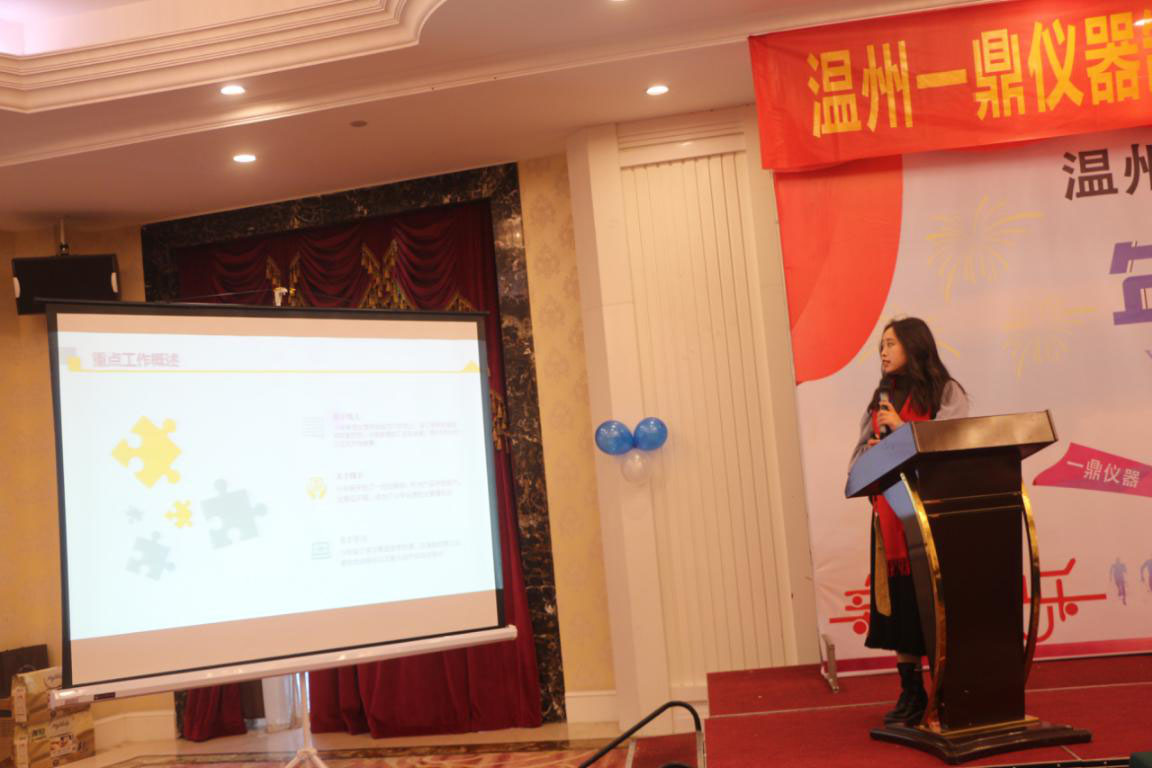 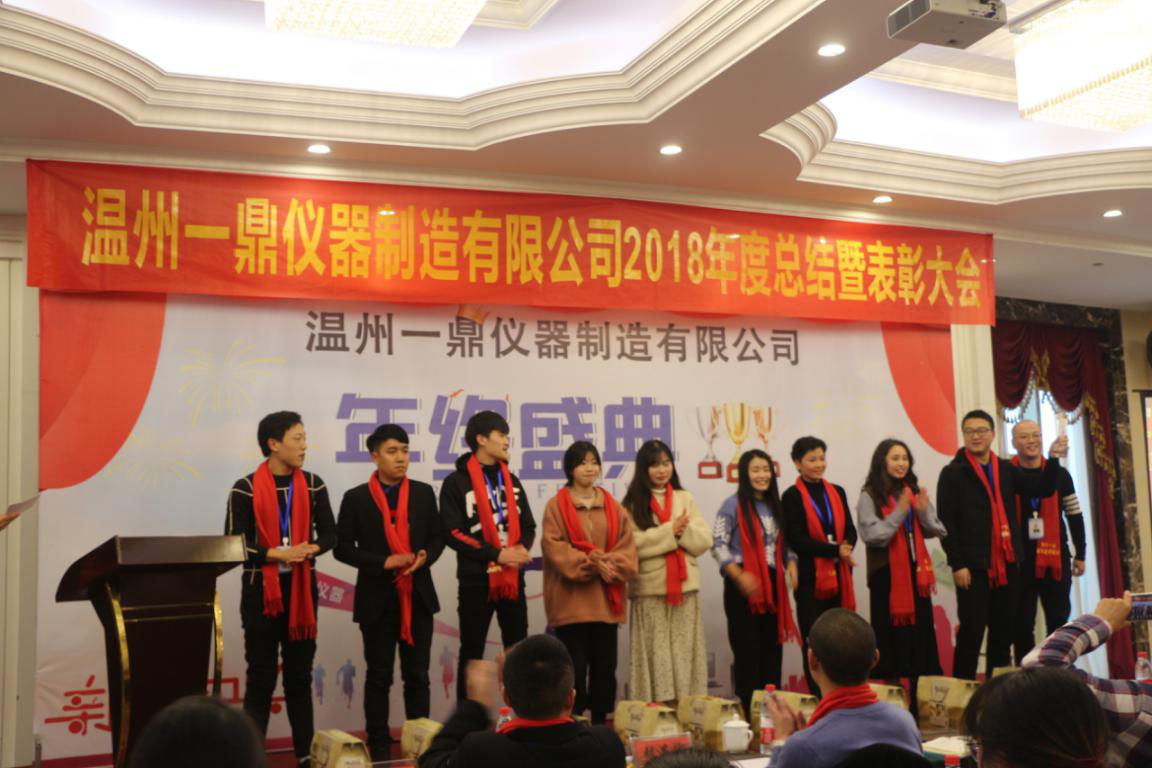 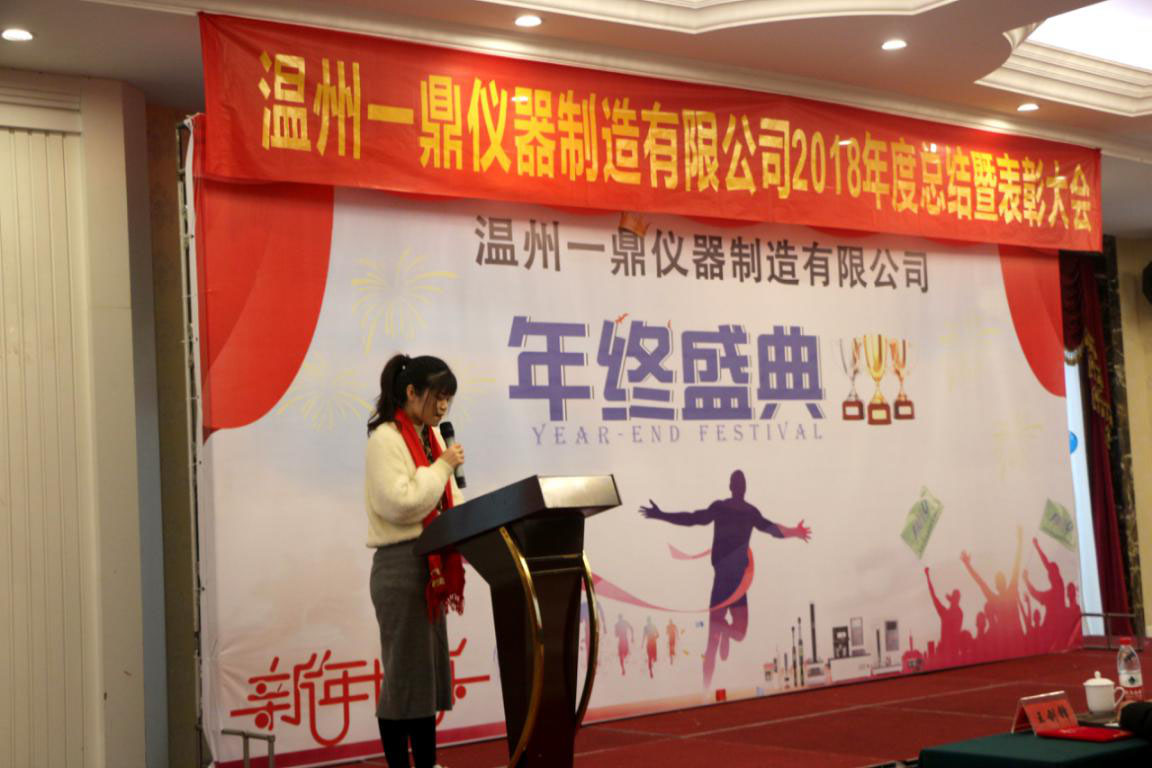 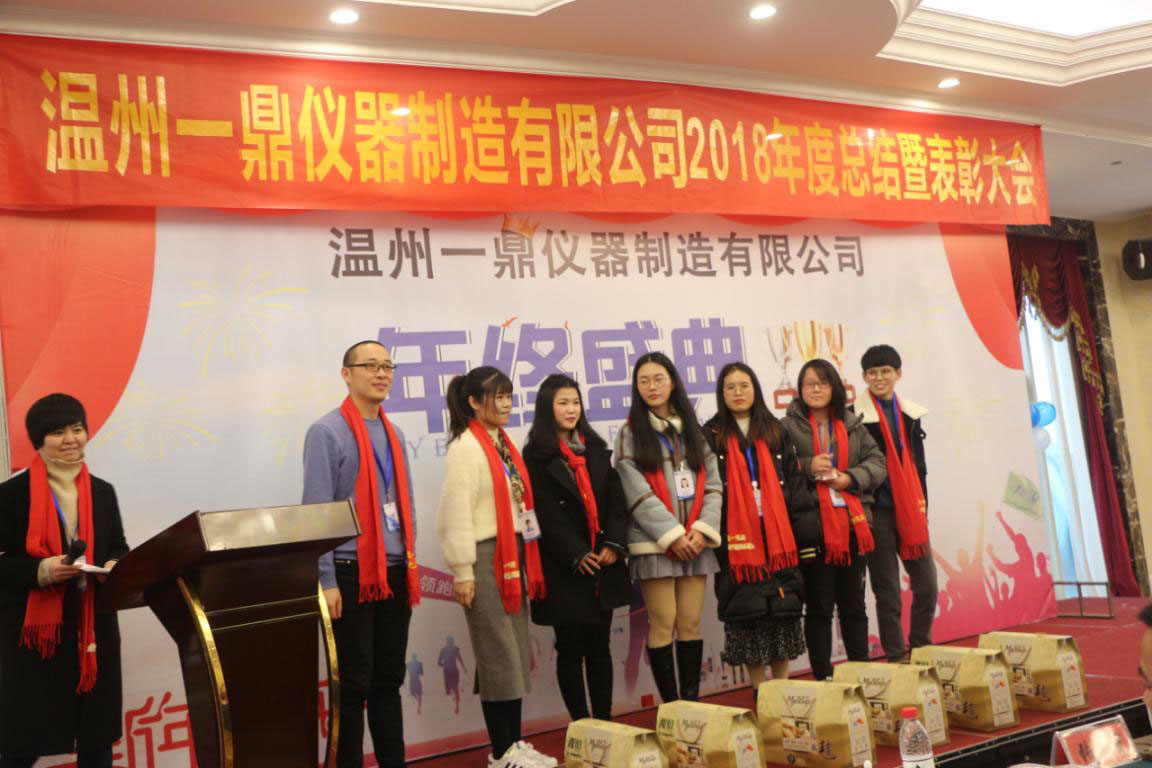 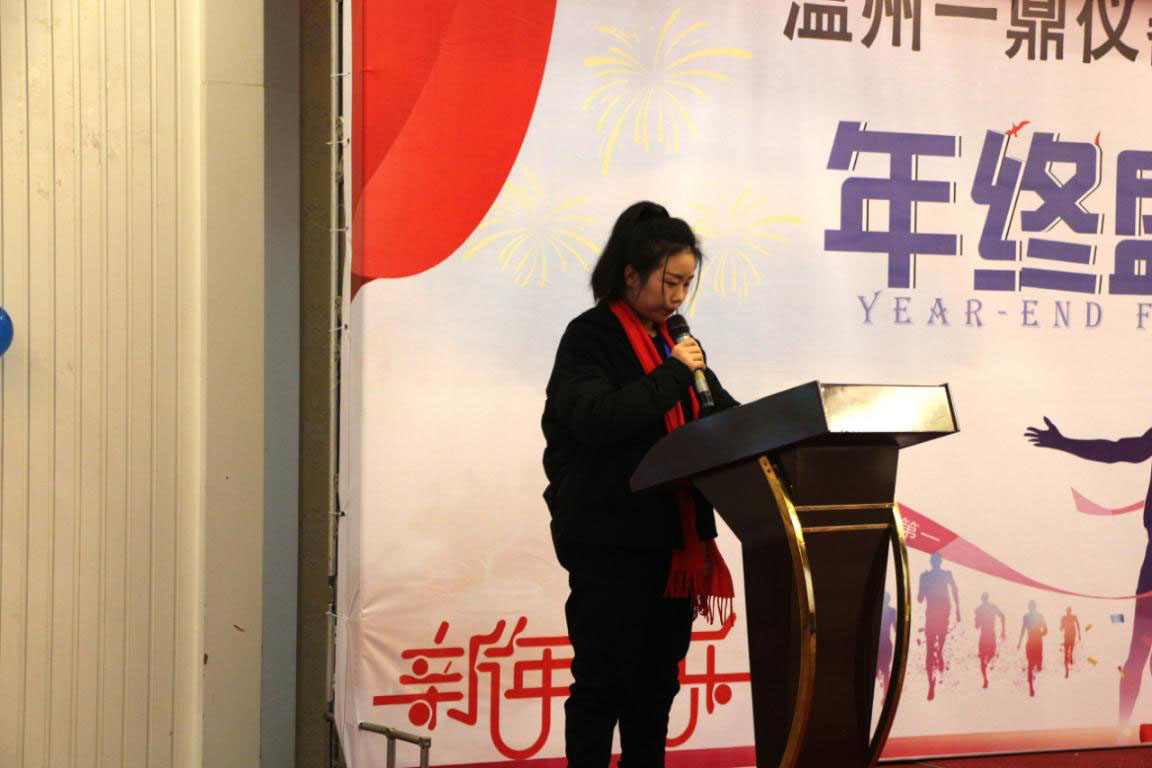 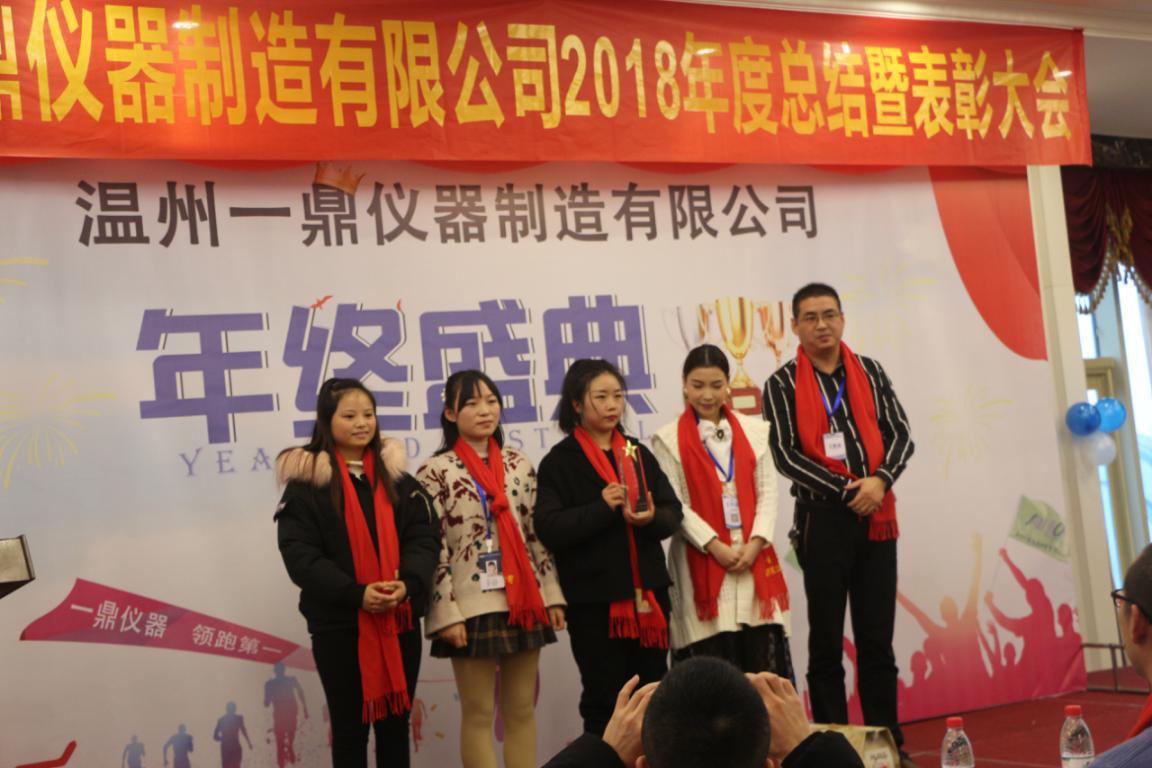 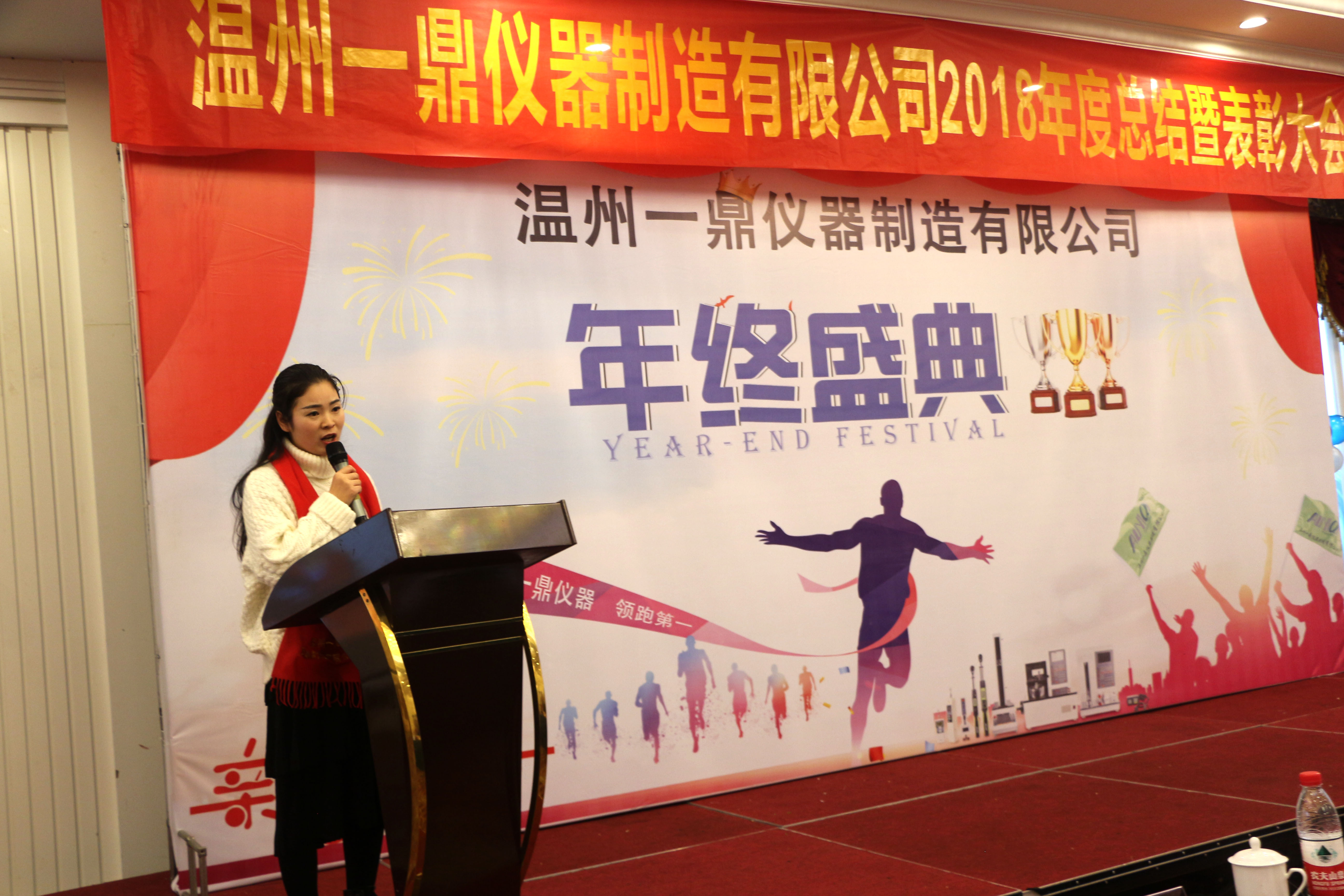 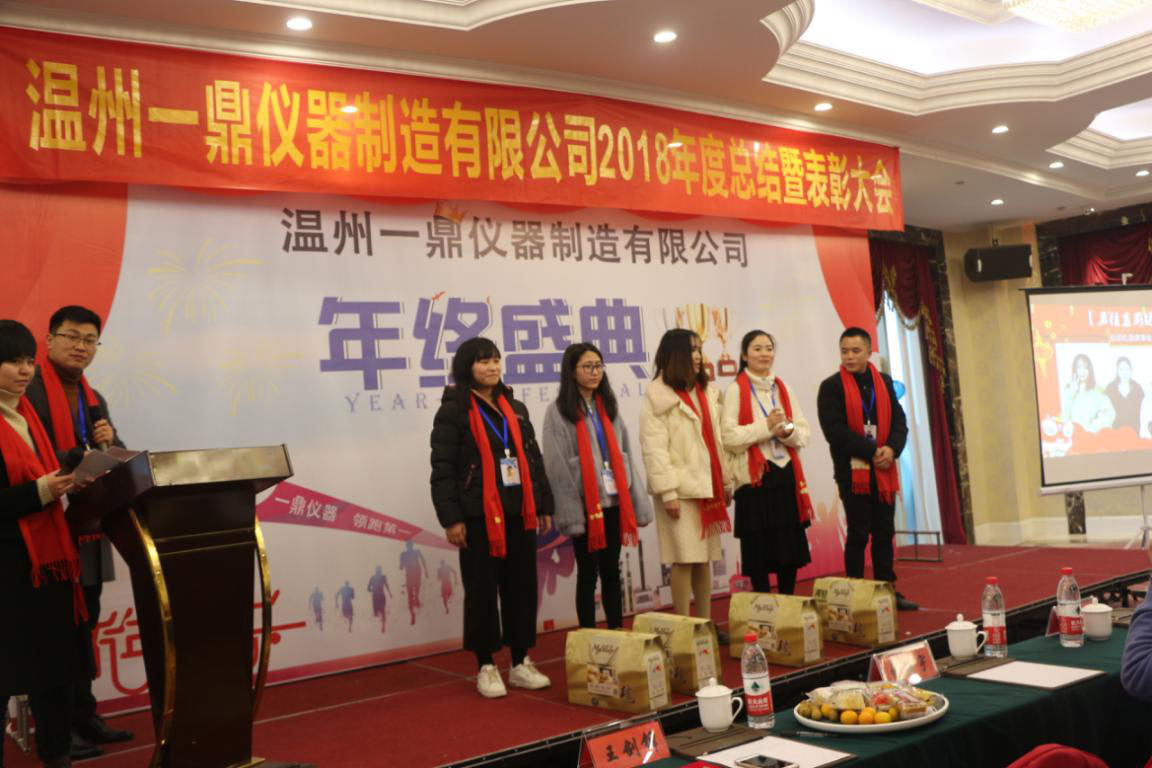 The meeting was coming to an end, and the audience applauded. The meeting not only summarized the gains and deficiencies of the past year, but also planned the plan and plan for the new year, which further promoted the feelings between colleagues! 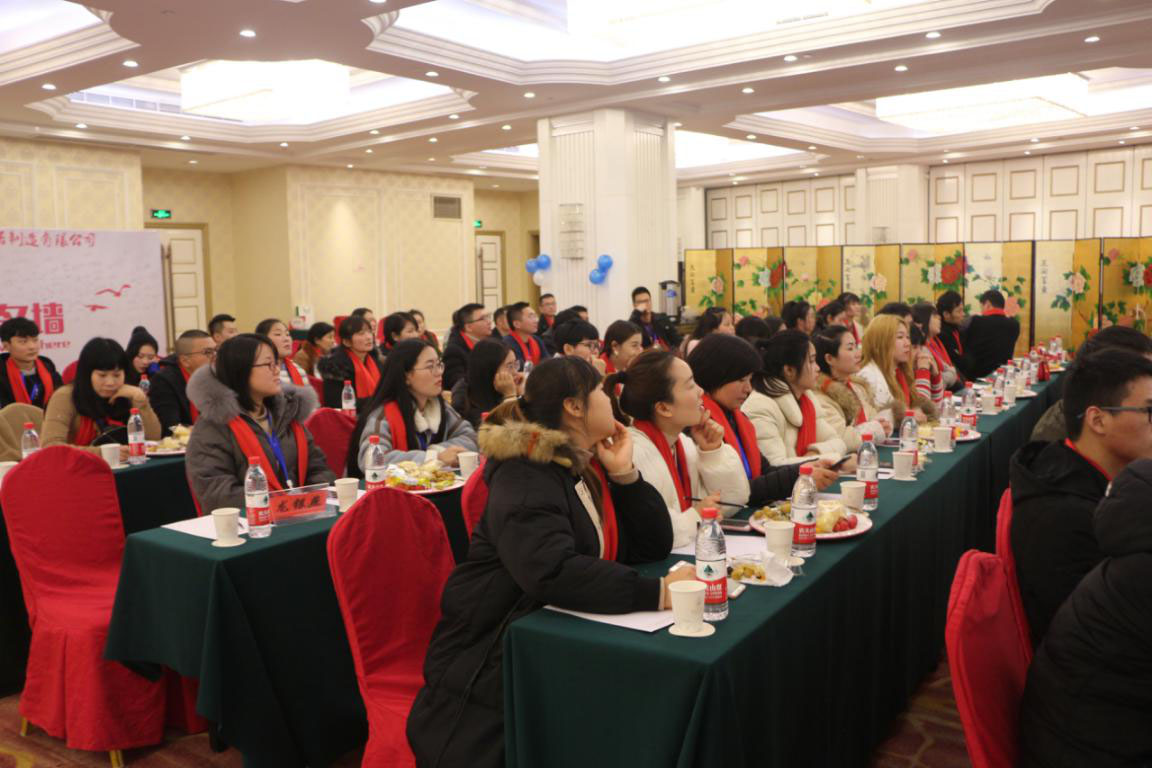 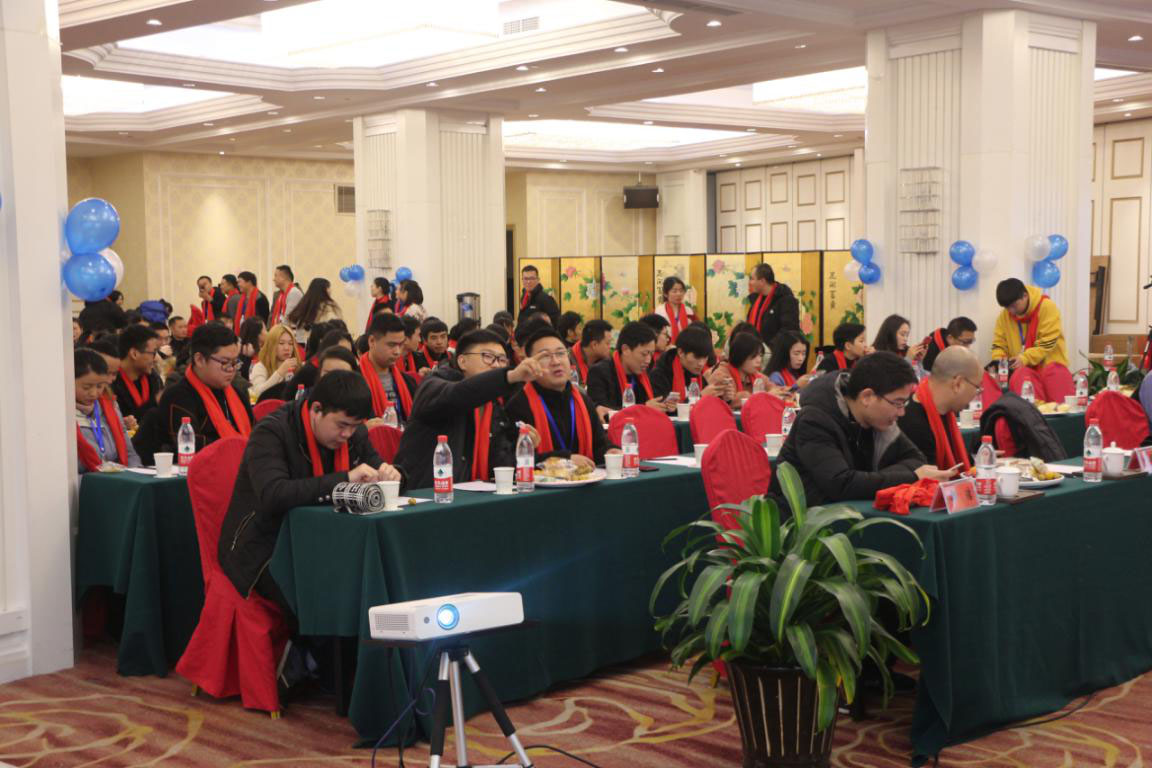 Afterwards, the manager of the finance department --- manager Jiang issued a summary speech in 2018, summarizing the financial data of 2018 and the future dataization and other updates! 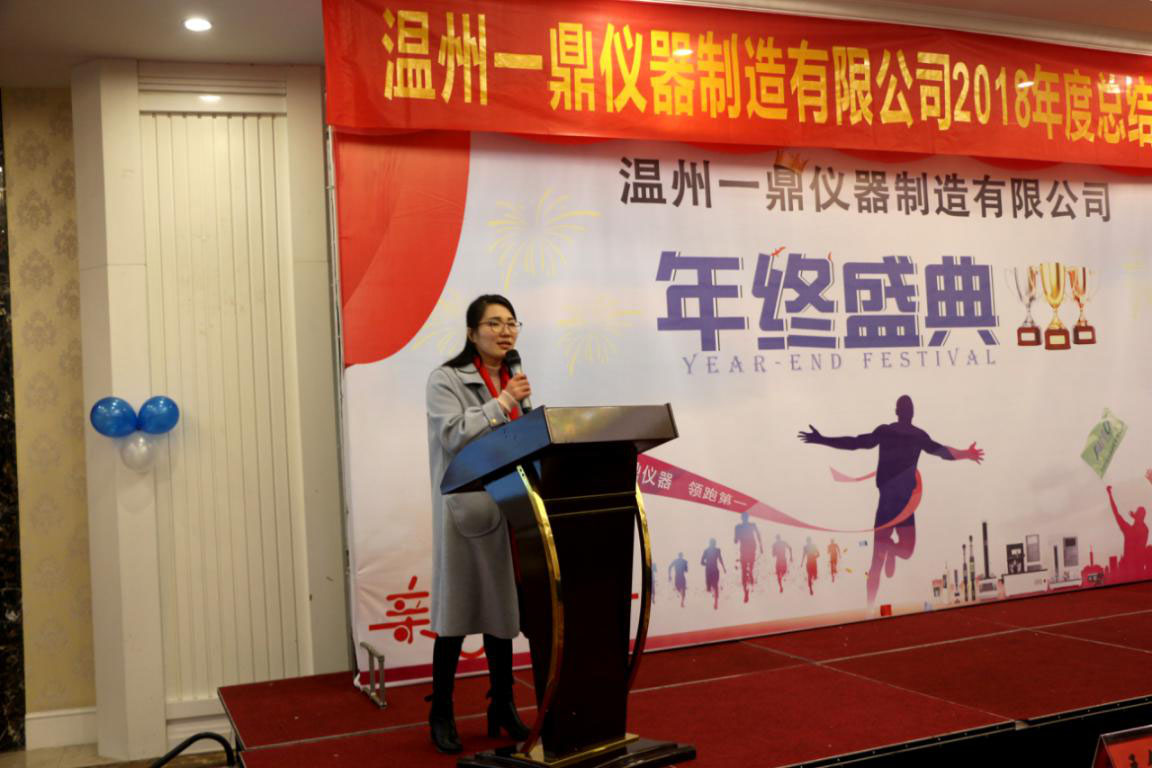 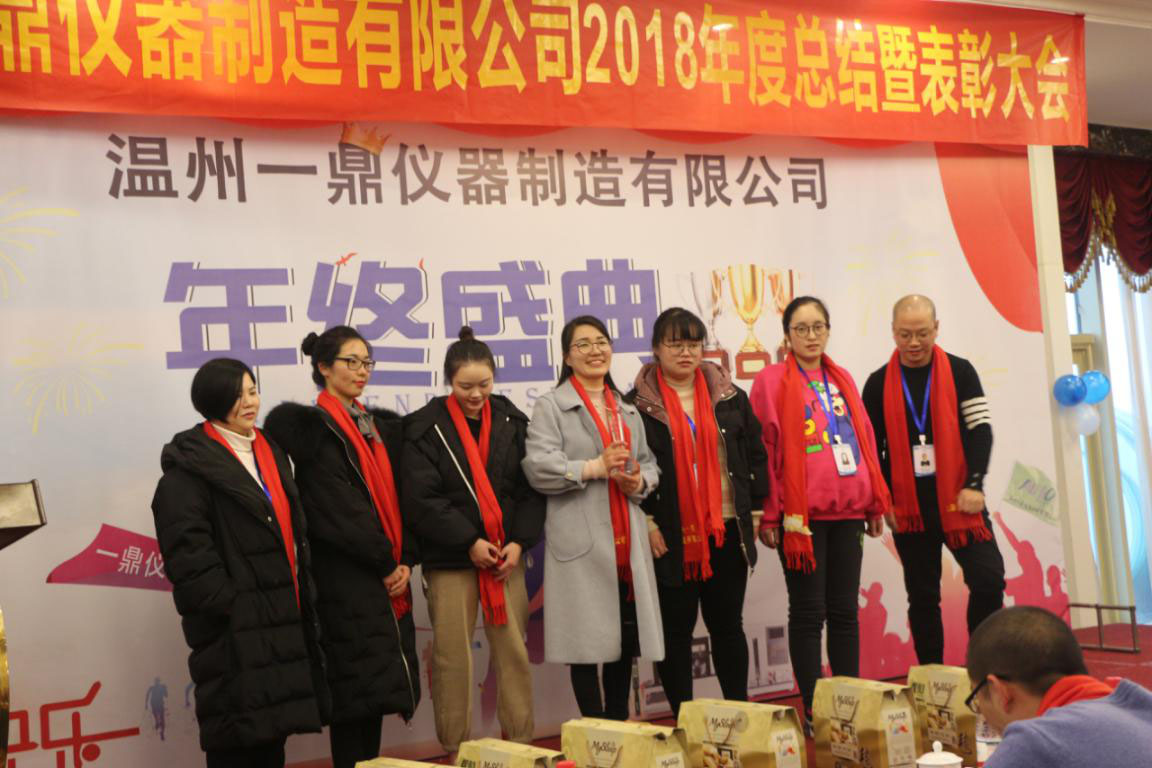 The Comprehensive Department of the Support Army also won the team award. 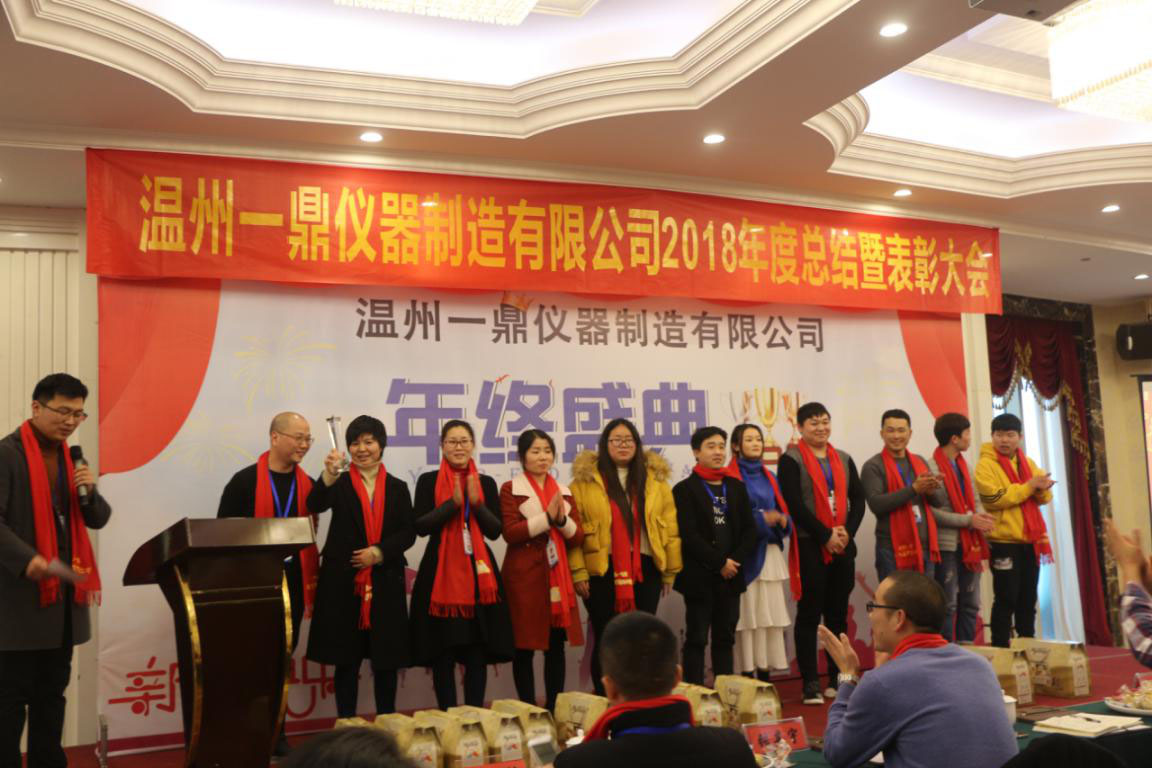 At the end of the meeting, President Ni finally gave a final speech. Mr. Ni once said that he had high hopes for the company, step by step, step by step, and steadily take every step of the foundation. The company is also developing rapidly. Realize your life value here! 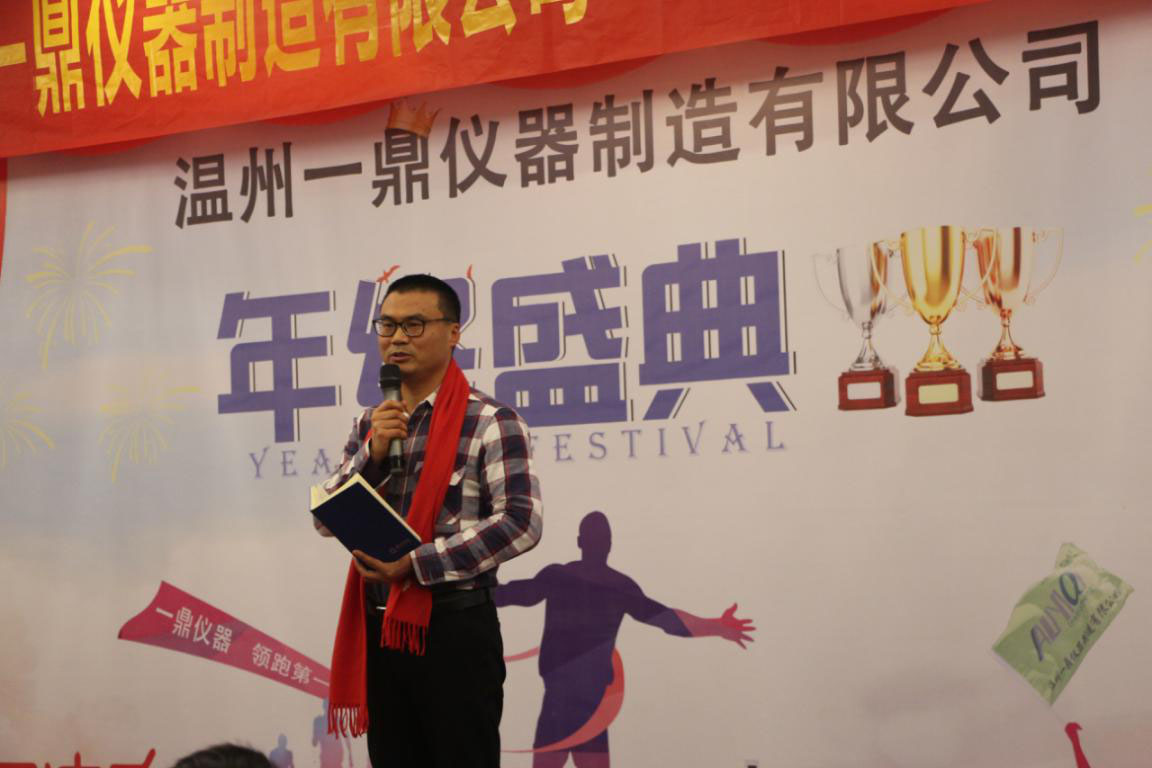 Wenzhou Yiding Instrument Manufacturing Co., Ltd.'s 2018 annual summary meeting was successfully concluded. Hong Liang's applause has been echoed above the hotel conference hall. I believe this is also the contribution that each \"Yingding person \" has made to the company. Gaining, the company will bring better products and services to every user in the principle of\"Leaping together to create high-quality products and growing together to create the future\".

Send your email to get more latest product information.